Bonjour everyone!! Today I decided to talk about some struggles teenage girls like myself might have. I know that things can get really tough sometimes. Trust me though! You’re not alone😉

I have to admit that I’ve probably been struggling with this one the most, and I think it’s fair to say that in today’s generation, there are so many girls who play this game whether they realize it or not. We all know that feeling of wanting to look and be better than others. Thus, here are 4 of the bigger comparisons that I feel, teenage girls, specifically  use the most.

A. Who has the most freedom.

This is definitely one of the biggest comparisons out there for any girl. Certain families have different rules and boundaries. For instance, some parents might be totally fine with their daughters wearing makeup at a young age, and some may not. Some are fine with allowing their children to have Instagram and some aren’t.

B. Who has the most/prettiest clothing

Hands down, this is one of the top three comparisons for teenage girls. I mean, what kinda girl doesn’t enjoy looking fabulous!!

This is definitely one that all teenage girls and even older women deal with. So many girls of all ages are dieting and weighing themselves continuously which is such an unhealthy way of living. Embrace the girl God made you to be. There is beauty in everyone, no matter what anyone else says or thinks.

D. Who has the most followers and comments on social media.

This one, I’ve really never had a problem with. I’m not really one who cares a ton about how many followers I have. This is probably mainly because I’m homeschooled :). However, for some girls, the amount of followers that they have is very important to them. That number, represents how popular they are and how many friends they have, and basically, “what social rank” they’re in.

2. Worried of people thinking differently of you just because “you’re a teenager”. Every one knows that teenagers have a reputation of being lazy, rebellious, and moody. And sometimes, that reputation can change someone’s perspective about you. It’s bothersome, I know, I’ve been there. But sadly, there’s nothing you can really do to change that, except to be yourself and follow God’s ways the best you can. Show them that you don’t have act a certain way just because you’re a “teen”. There’s a book that really helped and inspired me get though this problem called Do Hard Hard Things by two brothers named Alex and Brett Harris. I would highly recommend reading this book even if you are not necessarily struggling with this problem. In the end, what people think of you really doesn’t matter and I’m not saying it doesn’t affect how you feel. I know it can hurt…..a lot.  Here are some good quotes and verses that I really love and I hope can be of comfort to you.

I hope this post can inspire you to not bring yourself down.  God made you to be YOU, and nothing else.  He loves you unconditionally and it will never change.  Don’t wish for someone else’s life instead of your own.  Be thankful for the situation you are in.  Be thankful for the roof over your head, and the food on the table, and your family, because there are some teenage girls who don’t even have those things.

Thank you all so much for reading:)

24 thoughts on “2 Struggles of Being A Teenage Girl” 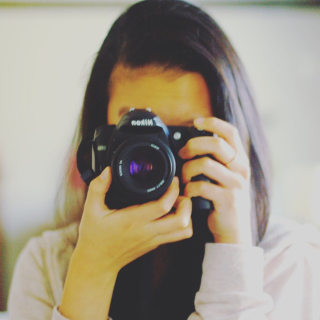